Prompt and courteous service, never a surprise on the final price, and quality workmanship. Jim Stewart

Posted on October 7th, 2019 by putman in Uncategorized 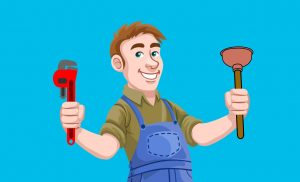 Yep, it’s true. There is actually a month dedicated to fixing your toilet. The EPA says a leaking toilet can add up to about 200 gallons of wasted water per day (or 78,000 gallons per year) which adds up to LOTS of wasted money, so someone somewhere decided to dedicate an entire month to preventing all that waste (no pun intended). If you’ve noticed any issues with your toilet, now is a great time to figure out what the problem is. We’ll tell you whether it’s something you can try to fix yourself or something that’s better left to your trusted Middletown plumbing company.

Your toilet is something you have to use every day, so don’t risk making the wrong fix or messing with parts you’re not familiar with. Call the most trusted plumbing company in Frederick County to have your toilet fixed during National Toilet Tank Repair Month!