I have known Putman Plumbing for decades, a neighbor introduced me to them. I like them because they are dependable, friendly and caring. G. Arnold

Have You Hugged a Plumber Today? 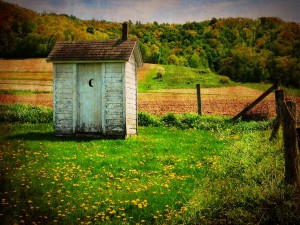 Have you ever thought about what life would be like without a toilet in your home or warm running water? It would mean a freezing cold walk to a stinky  outhouse in the winter, and a frigid bath at any time of year.

But due to some pretty smart fellows back in the 1800’s, we’re lucky enough to ease our way into our days with fresh smelling bathrooms and hot showers. It’s no surprise that a day has been reserved to annually thank those guys who developed modern plumbing. Today, April 25th, is National Hug a Plumber Day.

Let’s take a look at how far plumbing has come in the last couple of centuries:

If you see a plumber this weekend or any time soon, give him or her a hug (or a handshake). They dedicate their days to making our lives a lot more pleasant than they could have been!

And if you find yourself with leaky faucets, strange smells, or cold showers, give Putman Plumbing a call.